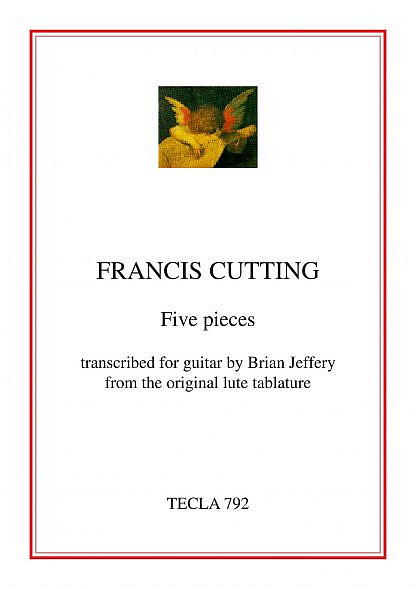 These four pieces by John Dowland were originally composed for the lute, and have here been transcribed for the guitar by Brian Jeffery from the original tablature. The collection was previously published by Oxford University Press and has now been assigned to Tecla Editions.

This collection begins with the famous Fantasia originally written in what we would call G major, one of the most perfect of all lute pieces. Next comes the Galliard written for Queen Elizabeth I, unusual in its time change from the first to the second part. A short Alman follows it; and finally a Pavane written for the Oxford don Dr. John Case, M.D., author of the Apologia Musicae (1588) and later canon of Salisbury.

This collection is one of a series of seven titles of lute music arranged for guitar by Brian Jeffery.