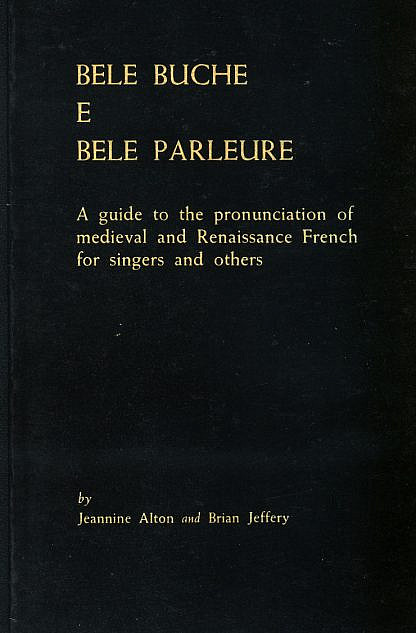 Beethoven – The 32 Piano Sonatas in very high quality facsimile reprints of all 32 of the first editions.

“During my years at Clavier, many interesting books and music editions have crossed my desk. Perhaps none has equalled the beauty and quality of these facsimiles. I cannot imagine a pianist or scholar who would not want to read from these pages” (Clavier).

We currently have only the boxed set available. For some copies at lower prices, see below.

Before you order this printed item, be sure to read Shipping Dates!!

Beethoven’s 32 piano sonatas from Tecla presents the 32 sonatas in very high quality facsimile reprints of the fine original first editions of each sonata.This is a magnificent edition, of amazing beauty (see the comments below).

This edition consists of reprints of the first editions of all Beethoven’s 32 piano sonatas. The important point about these first editions – apart from their beauty – is that they differ in very many ways from the modern editions of these sonatas.

The modern editions, without exception as far as I know, make thousands of small changes from Beethoven’s earliest known text.

Why play Beethoven through the lens of a modern editor when you can play what Beethoven wrote? What is the point? I cannot see any point. Why struggle to bring out in sound the subtleties in a modern edition when it is quite possible that the first edition doesn’t contain those same subtleties at all?

Read a note on why, in my opinion, this edition is essential for any serious performer of these sonatas. With practical examples.

These first editions are the closest we can get to what Beethoven actually wrote in the case of most of the 32 sonatas, because very few manuscripts remain. They are in fact the very same sources to which the modern editors went for their text, yet nevertheless the modern editors made those changes.

So if you buy this edition you will have a magnificent treasure which will also bring you closer to Beethoven. One pianist wrote after playing from this edition: “I feel as if I am hearing the works fresh from the press for the first time.”

The edition presents all the 32 piano sonatas of Beethoven in very high quality facsimile reprints of the fine original first editions of each sonata which are held in the Hoboken Collection of the Austrian National Library. It has over 800 large pages and it presents all 32 of the famous piano sonatas in reprints of the first editions. There are short prefaces by Brian Jeffery. 1989. It comes in three versions: in five volumes clothbound, in five volumes paperbound, and as a boxed set in which the box includes all the sonatas each printed separately.

This edition is available not only in printed form from Tecla from this page, but also in scanned form in nkoda. So if you have a subscription to nkoda or if you are attached to an institution that has an institutional subscription to nkoda (for example the Royal College of Music in London or the Conservatorio di Milano), you have access there to this edition in scanned form.

The complete Introduction to this edition (1989). It sets out the reasons why this edition was made, and especially what practical use it has for performers.

HOW I MADE THIS EDITION

It is important to note the methods by which I made this edition, because there are some modern editors who publicly claim that this Tecla edition risks losing details, a claim which is without foundation, for the following reasons.

First of all, the Austrian National Library made first class photocopies for me of all the original copies of the sonatas from the Hoboken collection and sent them to me in London.

Photocopies of old music inevitably have marks on them, and the task was to produce an edition in which those marks had been removed.

There is a danger, of course, that one might remove by mistake something which was in the original edition – a dot, for example.

So I proceeded as follows.

When the photocopies arrived from Vienna, I immediately made a new set of first class photocopies from them and put the original set to one side. It was the new set that I was going to clean up. I recruited a team of five people to do the cleaning, all of them experienced musicians and all of them at postgraduate level, and all of them were paid. The cleaning was done with what is called bleed-proof white which comes in small pots, and with a fine paintbrush. Each of my helpers worked on a copy under my closely attentive eye until I could be sure that he or she knew what to do and how to do it, and so we all worked through the entire set of the sonatas.

When a helper gave me back a photocopy that he or she had worked on, I immediately compared it with the corresponding page in the original set that had come from Vienna in order to be sure that nothing had been touched out which should not have been touched out.

So you can see that it is practically impossible that anything significant, even the tiniest dot, can have been touched out. But it’s very important to note that even in the extremely remote chance that a small dot might have been touched out, that is absolutely nothing when compared to the wholesale changes of hundreds of notes and chord positions that modern editors introduce, such as for example the changes in the first bars of the Pathétique and Moonlight sonatas which I discuss in my article about these sonatas. I am sorry to say that some modern editors of these Beethoven sonatas publicly claim that these Tecla facsimiles risk losing details (which as we have just seen is almost infinitesimally unlikely), while they at the same time make those large changes, so I shall be grateful if they will cease to make any such comment in public.

MORE DETAILS ABOUT THIS EDITION:

This is extraordinarily interesting material. As only a few of the original autograph manuscripts for these sonatas have survived, these first editions are the earliest known sources for most of the 32 sonatas. They are, in fact, the sources to which most modern editors went to establish their text. But any responsible player would have to consult these facsimiles in order to make his or her own judgements on many hundreds of points of detail. They are in our opinion essential – indeed, indispensable – for any pianist who wishes to give a historically informed performance, or for any teacher of historical keyboard performance.

For the details of the dates and the publishers of the original editions which are here reproduced in facsimile, see the list of individual sonatas.

DECEMBER 2004 Christoph Thiemann has also kindly written a note on how this Tecla edition can be practically useful to pianists (reproduced here by his kind permission).

“During my years at Clavier, many interesting books and music editions have crossed my desk. Perhaps none has equalled the beauty and quality of these facsimiles. I cannot imagine a pianist or scholar who would not want to read from these pages” (Clavier).

“As visually exciting as any fine graphic work of a major painter” (Notes).

“I just received the Beethoven editions today. They are absolutely beautiful!! Thank you so much for making these first editions available and for reproducing them so beautifully.” (A pianist, February 2011).

“These volumes arrived yesterday and are simply beautiful; a treasure for any music library.” (Leslie Tung, professor of piano at Kalamazoo, May 2007).

“They are fantastic.  I enjoyed your essay.  I feel as if I am hearing the works fresh from the press for the first time.” (Hector Garcia-Santana, pianist, Washington D.C., USA, July 2007).